GLAM Blog Club has the first in a new approach to themes this month - Top five big.... I'm also taking a new approach, with some shitty drawings to spice things up. I hope you enjoy.

The Academy of Gondishapur (modern day Iran) was centred around a library of medical books from around the world known to Persia, and a school of talented translators to make it all readable in Persian. 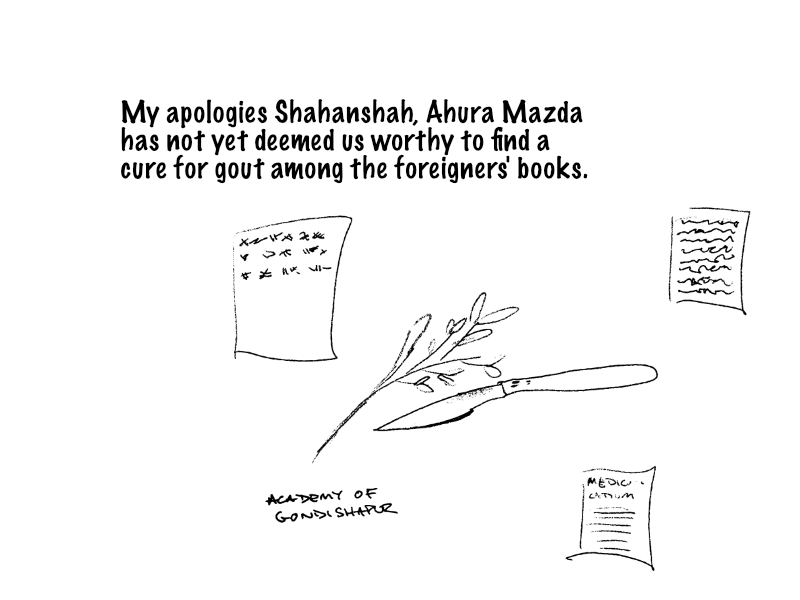 4 - Oppression through "standards" (Library of Congress, United States of America)

Most libraries in the Anglosphere use Library of Congress Subject Headings or variations based on them, for classifying knowledge. It's pretty ridiculous for a primary school library in Fiji to organise knowledge according to the worldview of American politicians, but it sure is effective soft power. 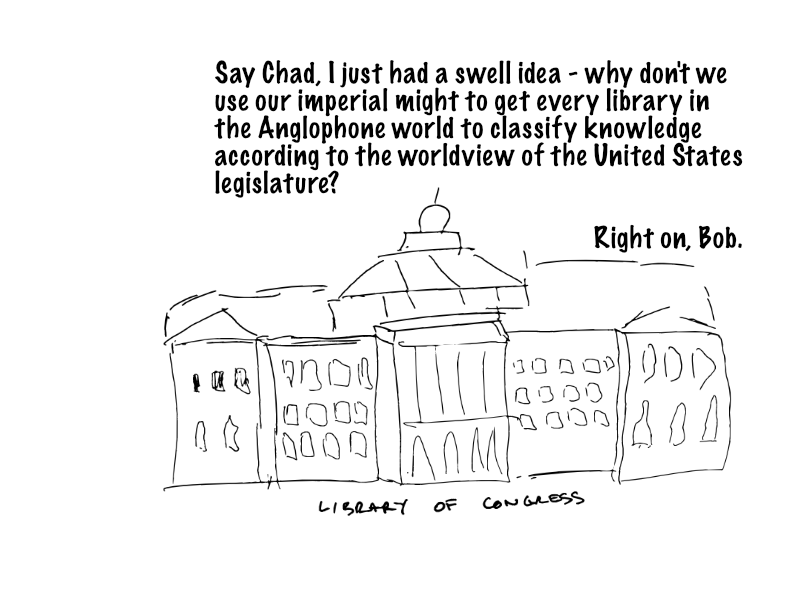 3 - Shelve it like you stole it (Library of Alexandria)

The Ptolomies wanted their library to have a copy of every book in the known world. Woe betide anyone foolish enough to turn up with a boatload of books. 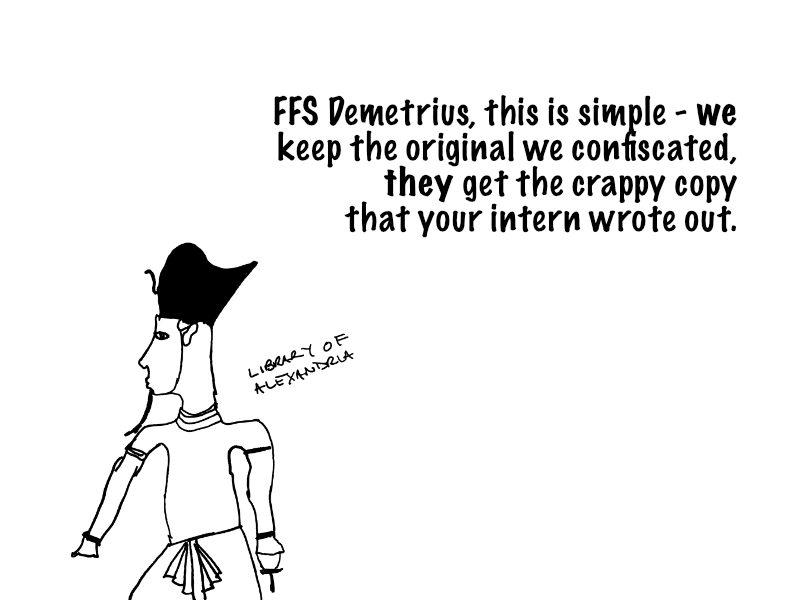 World champion grump and famous communist Karl Marx washed up in London after he was thrown out of everywhere else in Europe. The British Library famously became the place he wrote most of his world-changing book Capital. 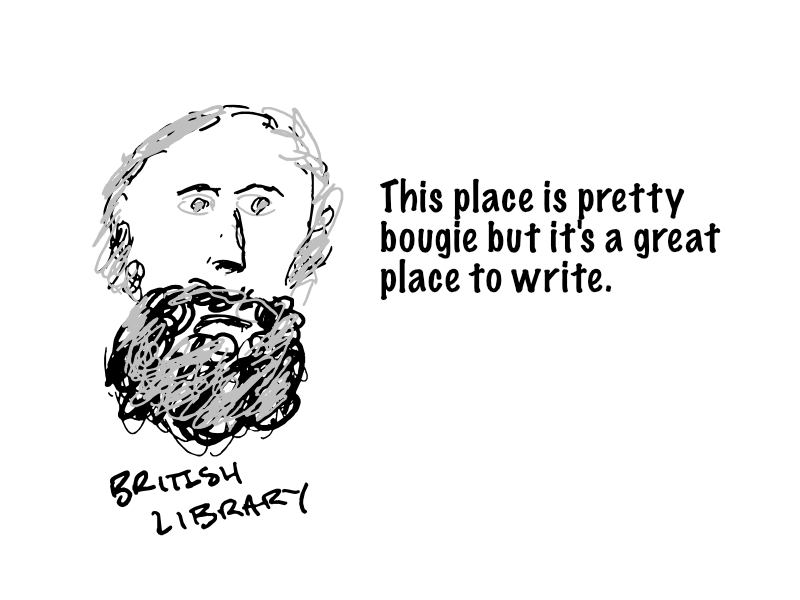 The enormous Baths of Trajan in ancient Rome were commissioned by Emperor Trajan and included several cold and hot baths, a swimming pool, sports stadium, and two libraries (Greek, and Latin). 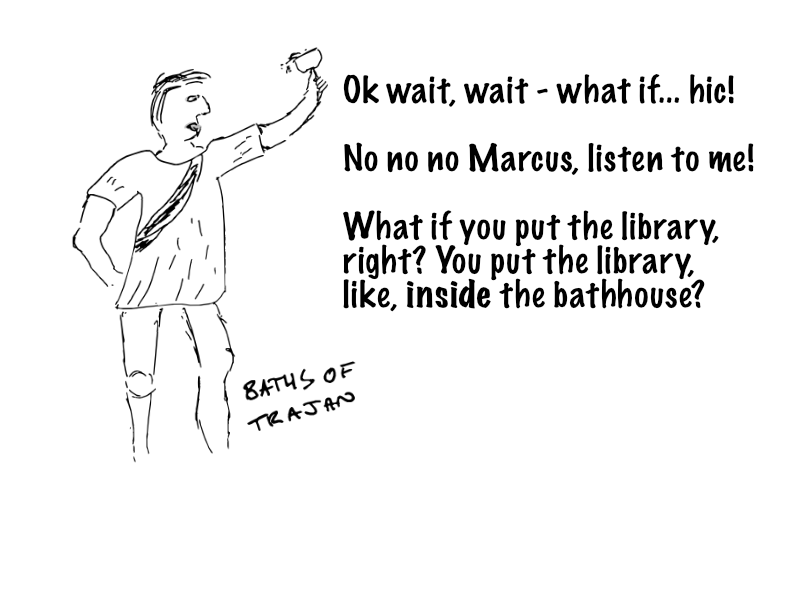