As I noted last year, my family has a bit of a tradition of sending each other a "Chrismas letter" describing the year that just passed. Like a more personal version of those yearly wrap-ups news sites do. It hasn't really carried on into my generation, probably because we all have the family text group and email and whatnot, but I like the idea and if you scroll back through the last few years of this blog you will notice I've done something similar either looking backwards or looking forwards at the beginning or end of the year. Well, here it is again.

I was at a newCardigan picnic last weekend (what a luxury, a real-life get together!) and for a while we stepped on a small-talk landmine every time a new person turned up:

What have you been up to?
[pause] Well ...COVID

It got boring pretty quick, so I switched to "What are you hoping for in 2022?", but "Well ...COVID" isn't an inaccurate description of 2021 in Melbourne. I'm not sure that my family in Hobart and Canberra will ever really understand what the last two years have been like here. The "circuit breaker" lockdown in July turned into the longest lockdown in the world (again!). All we could do was sit around at home thinking about how much and how badly COVID sucked. If we were the lucky ones who still had jobs and could do them from home, that is. Whilst COVID life sucked, COVID death would have sucked a lot more, so two (I think..?) tests and three injections later I'm vaccinated against COVID, at least until the next scariant. 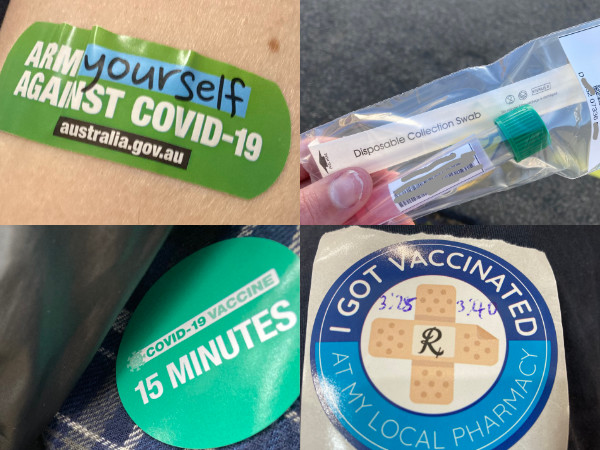 But that all started in the middle of the year. Last Christmas I somehow managed to sneak in to Tasmania, passing through a bizarrely empty Melbourne Airport, the departure boards full of listings for cancelled flights to Sydney. I had a great time with most of the family, but realised how disgustingly unfit I'd become in 2020 lockdown, struggling to keep up with my nephews' insatiable appetite for backyard cricket and soccer matches. In 2021 I vowed to do something about it, and I've been on early morning runs most days this year. It's hard to do that in the middle of a Melbourne winter though. Inspired by Sophie Cunningham's #TreeOfDay instagram account, and the startling realisation in 2020 of how many great gardens and interesting plants there are in my neighbourhood that I'd simply never noticed before, I began posting a #PlantOfTheDay photo to Mastodon every morning. Since I needed a new plant every day and was determined not to cheat, this was a helpful motivator not only to get out and go for a run, but also to look around at the plant world whilst I did so. I noticed the season changing more, and found plants that I must have seen before but simply never paid any attention. 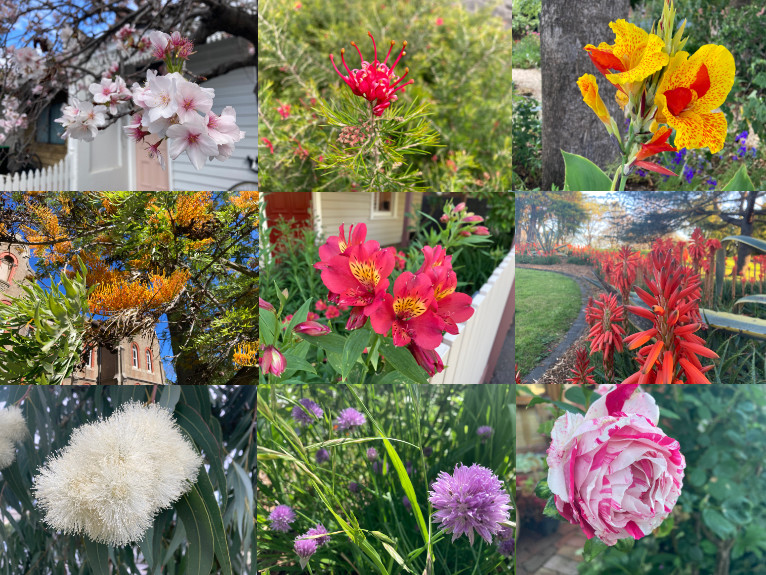 Being a computer hobbyist

I did a lot more in terms of learning Rust in the first half of the year, and made a couple of little tools. I'll never be a Rust expert, but I really enjoyed getting to grips with a compiled programming language.

Right at the beginning of the year I made a map of every public library service and building in Australian territory. The map has overlays for the library management system used, and whether a library service charges fines for overdue books. I'm very pleased to report that I have already had to change the status of a couple of libraries to indicate they no longer charge fines.

I had a lot of time on my hands and wasn't allowed further than 5kms from my house for several months, so I embraced a couple of other technology projects during the year. One was setting up a small site using the Gemini protocol. This is the sort of niche "old man yells at cloud" project that I love. I've used it to write about some things I've been thinking about that don't really belong on this blog.

The second project was a bit of an accident. At least, my involvement in it was. I've been keeping track of my reading via a GitHub repository for a few years, but it's an incredibly clunky way to do so, and isn't great for sharing suggestions and reading experiences with others. I've always been a bit sceptical of "social reading" applications, but I finally understood the attraction and use cases this year. Of course, being me, I wasn't very well going to sign up to Goodreads or something like that, far too mainstream. No, clearly the social reading app I needed to use was Bookwyrm, a decentralised application using ActivityPub with an Anti-Capitalist Software License.

After a week or two of using the app I realised a key feature I was hoping for—lists with shared administration so that any of the admins could add books—didn't exist. So stupidly I decided I should grab a copy of the code and create a pull request to add it. Talk about biting off more than I could chew. Anyway, this project is great and the main developer (Mouse Reeve) is amazing and supportive to everyone. I've been sucked right in and spent more time helping with documentation and bug fixes than I have reading books. Oh well.

But speaking of books, I have done some reading. Three really stand out. Tyson Yunkaporta's Sand Talk was nearly something I let pass me by due to the tagline the publishers put on the front cover: "How Indigenous thinking can save the world". Every second non-fiction book these days seems to want to be about "saving the world", though what they mean by that and for whom they are saving it is never clear. Having read the book, however, I'm pretty sure it wasn't Yunkaporta who wrote this subtitle. The book is incredibly difficult to explain. As my friend Alissa said, "You just have to read it!!" Reading this book was like having my brain re-wired, in a similar but also very different way to how Billy Griffiths' Deep time dreaming changed the way I think about time and human history. Later in the year I read the book that every Australian history book in the last decade seems to quote: Bill Gammage's The biggest estate on earth. Like Griffiths did for thinking about time, Gammage has forever changed the way I see Australian space — or perhaps more accurately, place. I'll never speak of Australian wilderness again. Finally, every technical services and systems librarian I know seemed to be on the internet one fortnight raving about Marianne Bellotti's Kill it with fire: manage aging computer systems and future proof modern ones. I ordered it, then vaccumed the whole thing into my brain in two days straight. What a great book! Not only does the title sum up what I do every day working in an academic library, the advice is clear and the prose crisp, friendly, and funny. I will definitely read this again, both for the ideas and the sheer enjoyment.

2021 was, if anything, even more garbage than 2020. We had all the same COVID woes but without it being new and interesting. Instead of sourdough, we just got fascists and 5G vaccine truthers. MPOW gave us a pay cut until June, and has been running a restructure process since July. Last friday several hundred people logged on to work for the last time before their redundancy kicked in.

Some simple things have kept me going this year. I've been, to some extent, simplifying my life. I finally handed over the baton at VALA, leaving the committee after seven years. This gave me the opportunity to do a soft shutdown of my Gmail account: archiving and redirecting all messages whilst also using a permanent "out of office" message to let people know not to use the address in future. I've also reflected a lot about "founder syndrome" and the frustrations of inheriting responsibilities with no handover documentation. In the second half of the year I began some work to decentre myself and my specific technical knowledge from newCardigan's administrative setup, to reduce the "single point of failure" and mitigate what is sometimes referred to as "the bus factor" (i.e. what happens if I get hit by one?).

During the cool months we enjoyed sipping genmaicha. Later in the year I wanted to reduce my caffeine intake, and discovered dandelion chai, like a cosy house party in the mouth. Most recently it's been taberu rāyu, delicious with rice and a runny fried egg.

And all the while, Bandcamp has introduced me a bunch of great music creators I would never have known about, allowing me to purchase music outright knowing that most of the money goes to the artist. Drop that ghetto blaster indeed.

Have a good Christmas, and a great new year. Let's not get back to normal.